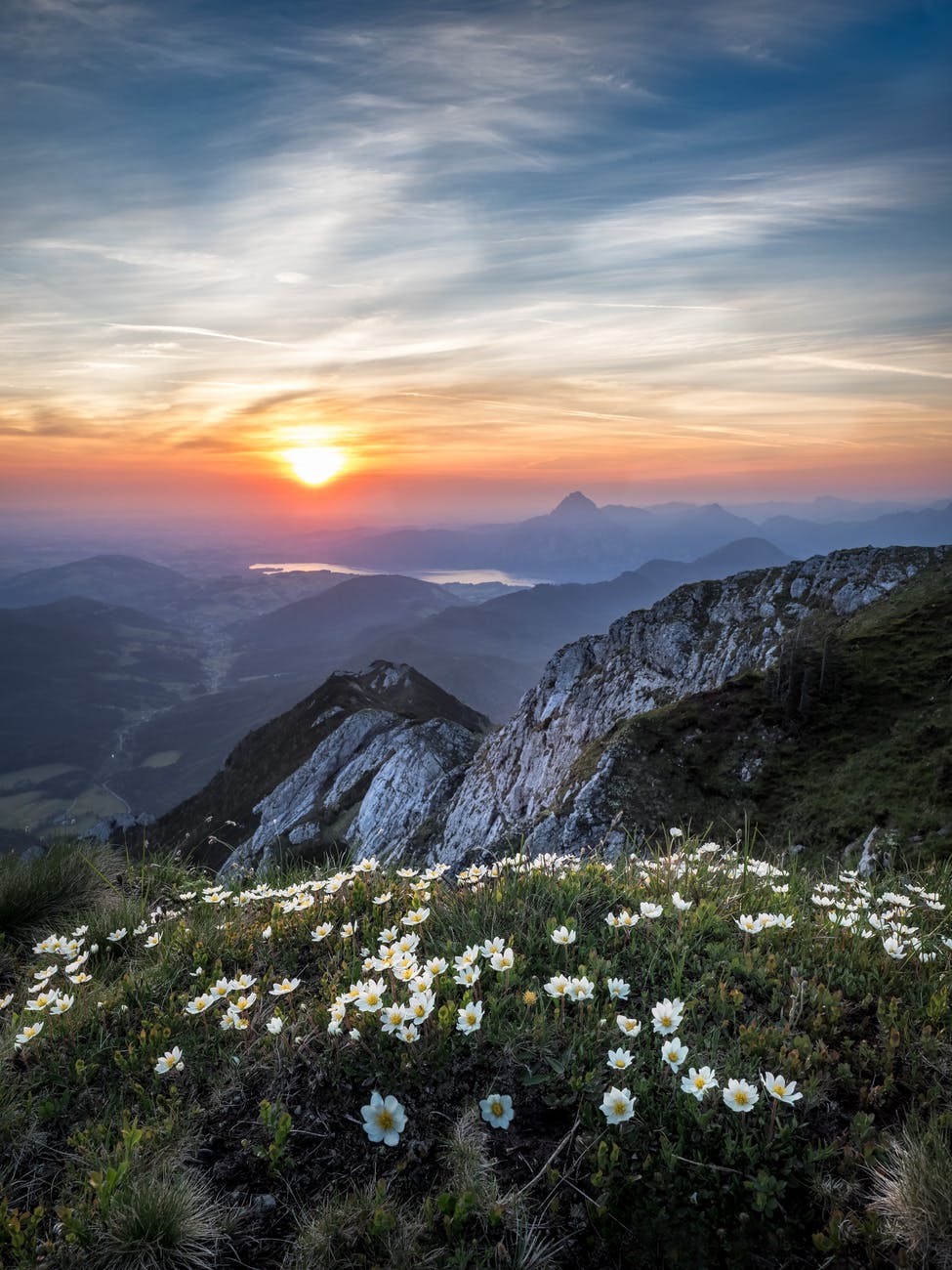 Suppose the mountain had ears. Suppose she could talk.
Would she listen to the hikers who spill their secrets
all over her back? Females, for example, in twos or
threes who litter her trails with doubts or dilemmas
or earnest discussions of husbands or boyfriends,
mothers, bosses. Would she gossip their stories
to the neighboring hills or keep them to herself,
deep in her woods? Would she chuckle in amusement
at the he said-she saids of their lives? Or roar
a belly laugh over the treetops
all the way down to the lot where they park
their cars? Would she whisper endearments
to the single men, some with earbuds, cell phones
others shirtless, with weights in their hands?
Would she favor the dogs that sniff
at each other and water her roots?
Or the men and women who notice her beauties—
her bluebirds and rabbits and wild mustard?
The ones who can name her flowers and trees—
willow, elderberry, fire poppy, phlox—
or those who just ooh and aah at her yellows
and reds and lavenders? How would she answer
the poets who praise her? The ones who grant her ears?
What would she say when the hikers go home?
Perhaps she’d thank them for trusting her,
for leaving traces of themselves behind.
Or tell them she feels as gratified
as a mother whose children have come to visit
and gone away refreshed and relieved.
Maybe she wouldn’t say anything.
She would simply hold what they give.

My poems have appeared in Nimrod, Rattle, Poet Lore, Paterson Literary Review, and numerous other literary journals and anthologies in the U.S., the U.K., and Israel. My work has also been published in medical humanities journals.